Naomi Klein is a pretty cool lady. She is a Canadian writer and activist, and every seven years she releases a book that becomes the defining talking point of the time and creates waves of social awakening. In her 2000 book No Logo she investigates the dark side of global unfettered capitalism and how we are all walking billboards for mega-corporations now, unable to separate ourselves from the products we buy. Combined with rising inequality worldwide and a second depression looming on the horizon, capitalism will eventually cannibalize itself when workers no longer can afford to buy the products they are making for scraps and pennies.

In 2007, Klein coined the term ‘disaster capitalism’ and released The Shock Doctrine: The Rise of Disaster Capitalism. The book retells the story of the most dominant ideology of our time, Milton Friedman’s free market economic revolution. In contrast to the popular myth of this movement’s peaceful global victory, Klein shows how it has exploited moments of shock and extreme violence in order to implement its economic policies in so many parts of the world from Latin America and Eastern Europe to South Africa, Russia, and Iraq.

It’s the same old disheartening tale of superpowers; create a conflict, then bomb for peace and in the chaotic after-match among a traumatized and displaced population more concerned with survival than anything else, the superpowers swoop in to privatize the sovereign nation’s natural resources and banks for multinational corporations. This is not a new thought, per se, but with Klein’s book the concept went mainstream and all of a sudden it was a little bit easier to understand the world we found ourselves in during the first decade of the new millennium.

And this week Klein released her third blockbuster This Changes Everything. She is talking, of course, of climate change. It is the natural conclusion of all her previous talking points. What I like about Naomi Klein’s long books (500+ pages!) is that she is always going for the ‘why’. Just documenting what happened historically isn’t enough, she wants to understand the motives behind it, in this case, rampant capitalism that places profit over all else. She puts decisions into historical context that is so often forgotten today (hindsight is 20/20, remember?) Klein also understands that climate change and global inequality go hand in hand, and her solution in this book is that if we fix climate change and remove ourselves from a fossil fuel economy in favor of an economy based on de-centralized renewable energies, we also solve the inequality crisis that is threatening to wipe us all out before the environment does.

Watch part of her interview on Democracy Now today:

And I hope you will take part in the world’s largest mobilization for climate this weekend! Marches and rallies will be held all over the world. Find yours here. 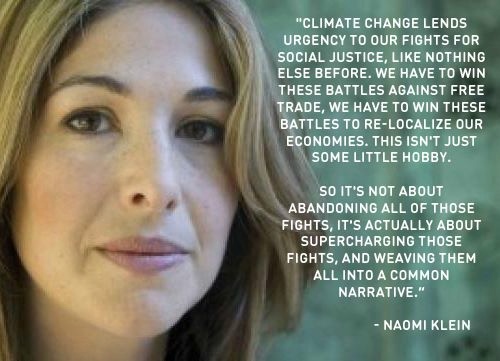 Say hi to Theo! We adopted him from the humane society and was told he was three years old. Nope! He’s a baby going on 8ish months. He likes to dart around at the speed of light, head pats from his humans, and his booty twitches when he eats berries and banana 🍌🍓🐰💨
snapshots
My little buddy and four-legged soulmate passed away last night. Peacefully and full of grace, just like he lived. We are heartbroken 💔 but grateful for everything. So grateful. Thank you for seven beautiful years. I love you so much.