I think what makes me the most sad to read on my Facebook feed is not the stories about how corrupt and useless politicians and corporations are. I already know that, most people know that. But to see how cruel and heartless ordinary people can be in the comment fields underneath these stories is depressing.

Our society, this system, is breaking down at record speed. Environmental destruction, economic collapse and massive overpopulation that leaves the value of human life near zero.

You don’t need a fancy degree to understand that a system which leaves this many people in poverty and despair is a flawed one. It is so disheartening to see so many so-called successful people call everyone else that isn’t at their level lazy and entitled. I just read an article about an immigrant boy with three degrees at age 25 cleaning toilets in a foreign land because his own country is in economic ruin due to the game of criminal bankers. And he is only one in millions. Millions. And most of the 200 comments said, “go home, we don’t need you. You are stealing jobs from our own youth,” and “that’s what you deserve for getting three useless degrees. Should have been a doctor.”

I think this level of cruelty and entitlement is a symptom of the decay of the system. I choose to believe that because I don’t want to live in a world in which people are just “bad”. I think people are scared but they don’t know it yet. Animals, including humans, are very intuitive. Sure, we like to hide behind logic but most important life decisions aren’t made from logic, such as choice of spouse and choosing this house over that house. And intuitively, we know that this system isn’t working and when it breaks down it will be every man and woman for him and herself. So maybe this cruelness is a way of preparing for survival. 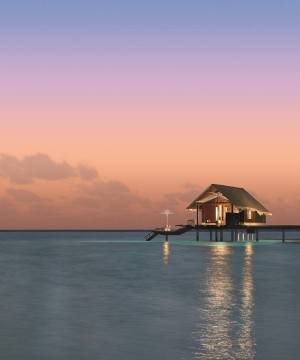 The real tragedy is, of course, that we could change all of this in a couple of years. The knowledge is there, the technology is finally ready to unburden us of menial work. Today, it takes one farmer only one day to plant enough crops to feed a small town or village. Then he waits three months for the harvest. In the mean time, we could help each other build houses and learn crafts to enrich our minds. We could still probably watch TV because I know for a fact that most people who work in film love their jobs and would do it without the allure of monetary compensation. We could still have computers because I know a lot of people who build computers from scratch as a hobby, with no financial gain. We probably wouldn’t spend so much time in traffic watching our lives go by or most of our waking hours in a stuffy office that belongs to someone else wondering what is the meaning of life, because I don’t know too many people who enjoy that.

The only thing standing in our way is the collective story that we tell ourselves about how life should be.

We are living by rules set by faceless men who run banks and oil companies in faraway offices. Have you noticed how selective the concept of fairness is to most people? I think most people consider themselves pretty moral. If you commit a crime, like robbing a store or hurting another person, you deserve to be punished. But try to debate the inherent unfairness of land ownership, which is now only attainable through massive sums of money or family inheritance, and people look at you like you are crazy. How fair is it that every acre of this planet was distributed to people hundreds of years before I was born? Through no fault of my own, I was born onto a planet which has no space for me unless I agree to sign away 30 years of my life in servitude so I can pay for a crumbling house in a crumbling economy. That is, of course, after I spent 20 years in school to get an education that old people now like to tell me is useless and I should have known better than to pursue it in the first place.

Collectively, older people always fear younger generations. I think it is natural. When you are approaching sixty and you realize you spent your life playing by the rules in return for your little slice of heaven, whether that is a house, a career or family, it seems fair that everyone else should also play by the same rules while you are finally reaping the benefits of a life well played. Seems fair.

But then the rules changed and they didn’t tell us. This was very, very deliberate. Other than to the very rich, the economy is an illusion. The value of a house is 30 years of hard work? Please. You can build a very decent house by yourself in six months. People did that for centuries. Sure, it probably won’t have six bedrooms and five bathrooms but unless you live with extended family, you don’t really need that. And if you do, they can help you build it. The value of work has plummeted, the value of playing games on a computer has sky rocketed. A Wall Street CEO recently got a billion dollars bonus in addition to his ordinary salary of tens of millions. For what? Probably not for helping to build houses, or assure access to clean water or maintain biodiversity. You know, the stuff that actually matters.

So this is my promise to every single person who has been told, or made to feel, as though their existence is “useless”. In the only future that this planet can possibly have, there is a place for you. Your unique talents and skills will be crucial to rebuilding this planet.

Every part of this decaying system will have to be redesigned for the very simple reason that if we do not, we will perish. Whether that end will be natural (extreme weather, disease or starvation due to loss of biodiversity such as bees) or man-made (nuclear disaster, toxic food, pollution or good old fashion war) is hard to say but the solution is pretty simple. Scale back, cut consumption, grow healthy, strong, self-reliant communities wherever you are in the world. Grow a garden. Grow happiness. Grow mindfulness. The more you grow from within the less you need from external sources.

It’s going to be a while for the shopping malls to go away, for people to realize the madness of single-use anything, and for people to stop hurting so much inside that their fear manifests outwardly as cruelness. So until then smart, beautiful people will be forced to clean toilets, work eighteen hours shifts in sweatshops for a dollar a day and millions of hours will be wasted every day while successful citizens sit in traffic.

If you agree with this message check out my guide for 10 Steps to a Sustainable Life.

I would love to hear your ideas and how you try to live more sustainable in the comments.