I am still reeling from the past couple of weeks. Not since 9/11 did the world descend so quickly into fear, hate and racism. It’s frightening. But I’m also starting to think this is a generational issue.

I just turned 32 this week. (Shout out to my fellow Sagittariuses – we are the freedom seekers, commitment-phobes and world travelers!) I know everyone likes to rep their generation as the best ever, but my generation – the tween/teens of the 90’s – was so far the only generation to grow up in a time where world peace seemed, not only possible, but right around the corner. Sure, the were a lot of awful civil wars and bloody massacres in the 90’s, but there was no one threat to the world. The two generation before had the Cold War to deal with, before that the actual World Wars. Before that, poverty and disease were the norm and there was no such thing as global media. Take into consideration that the average age of politicians is around 60 years old. They were raised in, and still live in, a slightly more black and white world. War is peace. Peace is war. And that’s before you take into consideration all the special perks and benefits that comes with being tight with the military industrial complex. The world is still ruled by old men. So we are special, us pre-9/11 children, nudged into our little bubble of 90’s liberty.

And I took full advantage. I traveled to over 30 countries on five continents before I turned 25. I never felt unsafe. Not even when I was mugged at midnight in a border town in Uganda, or on the Trans-Siberian railroad in the middle of literally nowhere across the Russian tundra. I’ve never felt unsafe around armed guards in airports;

not in America, not in Bali, not in China. When my friends and I have been stranded somewhere we don’t speak the language, inevitably, we find rides. Once I was stranded alone in a Turkish airport as it was shutting down due to a “weather incident”, so it was probably terrorist related, but a man who barely spoke English found me in a crowd of thousands of upset travelers and managed to book me the last seat on the last flight to Sweden (I was going to Norway.) To this day I can only assume it was because of my blonde hair. And finally, the night in Morocco with my best friend being taught Arabic by two boys on a rooftop under the stars. Shukran. 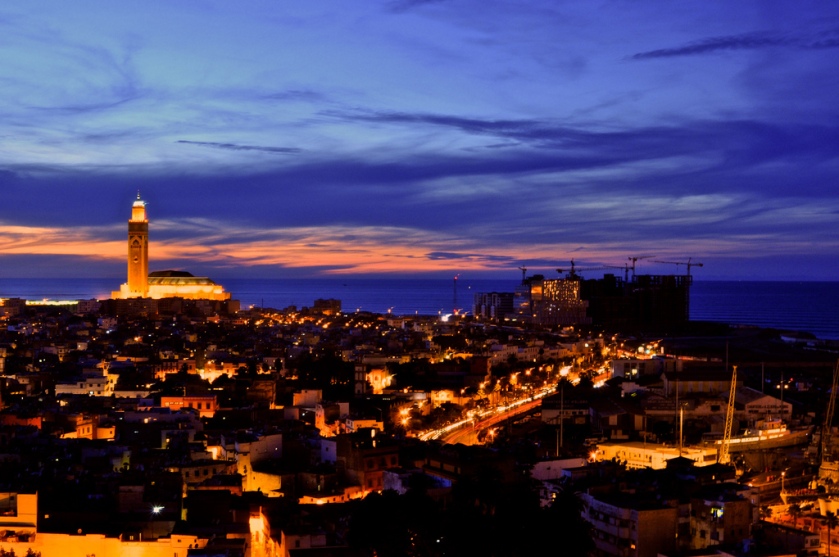 That’s the world I live in and I refuse to surrender it to the warmongers and fear-mongers. This is not some arrogant, I-am-invincible bullshit. I know war is real, I know fear is real, but I also know that war is an economic investment by the elite. War has never not been about money, power and resources. There is no such thing as ‘just war’, no matter how much my political science textbooks would like to think so. Religious fanatics will always think their war is just. Western democracies hide behind the concept of just war to placate their morally righteous populations, when it’s really all about that money, money, money. Ask Dick Cheney. He never even bothered to hide it! But I would rather die than live in their world and that’s why I crammed as much life as possible into my young years. I know I might die at any moment due to this bullshit. But I will not waste any of my breaths cowering from it.

Which brings me to refugees. You would think the refugee population (now at a record 60 million people! Up from 45 millions just 2 years ago) would be easiest population to sympathize with. Imagine leaving behind everything you know; your house, your job, your possessions. Fleeing for your life and not knowing if your family is safe, or even still alive. The stories coming out of Syria are horrific. Young men who have no interest in military or political affairs being pulled out of their homes at gunpoint and forced to join an army that is terrorizing the rest of the civilian population. They fucking flee. Any rational person would do so. I would think it’s the right of every human being to not involve themselves in violence. I don’t know what kind of trauma has to happen to a person for them to happily point a weapon at someone and kill them because they feel different about the world we live in, but tens of thousands of people have to make that choice every day.

This could happen to you, or me. But right now, today, I don’t have to make that choice so I choose to stand with those whose choice is taken from them. Those who have lost everything. As I grow older I learn that the world will never be perfect; there will always be strife and suffering. Life is uncertain, except that one day you are going to die. You can live in fear of that, and cushion yourself in an autocratic elite-run state, kept artificially alive due to the slave labor of others and a security apparatus not afraid to kill everything that moves. Or you can embrace the fear, and move past it. Live in kindness. What a concept.

I think M.I.A. absolutely nailed it with this song. I haven’t been so moved by a work of art in a long time. (Video won’t work outside YouTube, please click the YouTube link after clicking ‘play’)

Ask yourself if any of the definitions and illusions you have about yourself are God-given and set in stone. Your ego, your freedom, your privilege. Is any of it earned, or even real? But the plight of our brothers and our sisters is real. Let’s focus on that.

Say hi to Theo! We adopted him from the humane society and was told he was three years old. Nope! He’s a baby going on 8ish months. He likes to dart around at the speed of light, head pats from his humans, and his booty twitches when he eats berries and banana 🍌🍓🐰💨
snapshots
My little buddy and four-legged soulmate passed away last night. Peacefully and full of grace, just like he lived. We are heartbroken 💔 but grateful for everything. So grateful. Thank you for seven beautiful years. I love you so much.